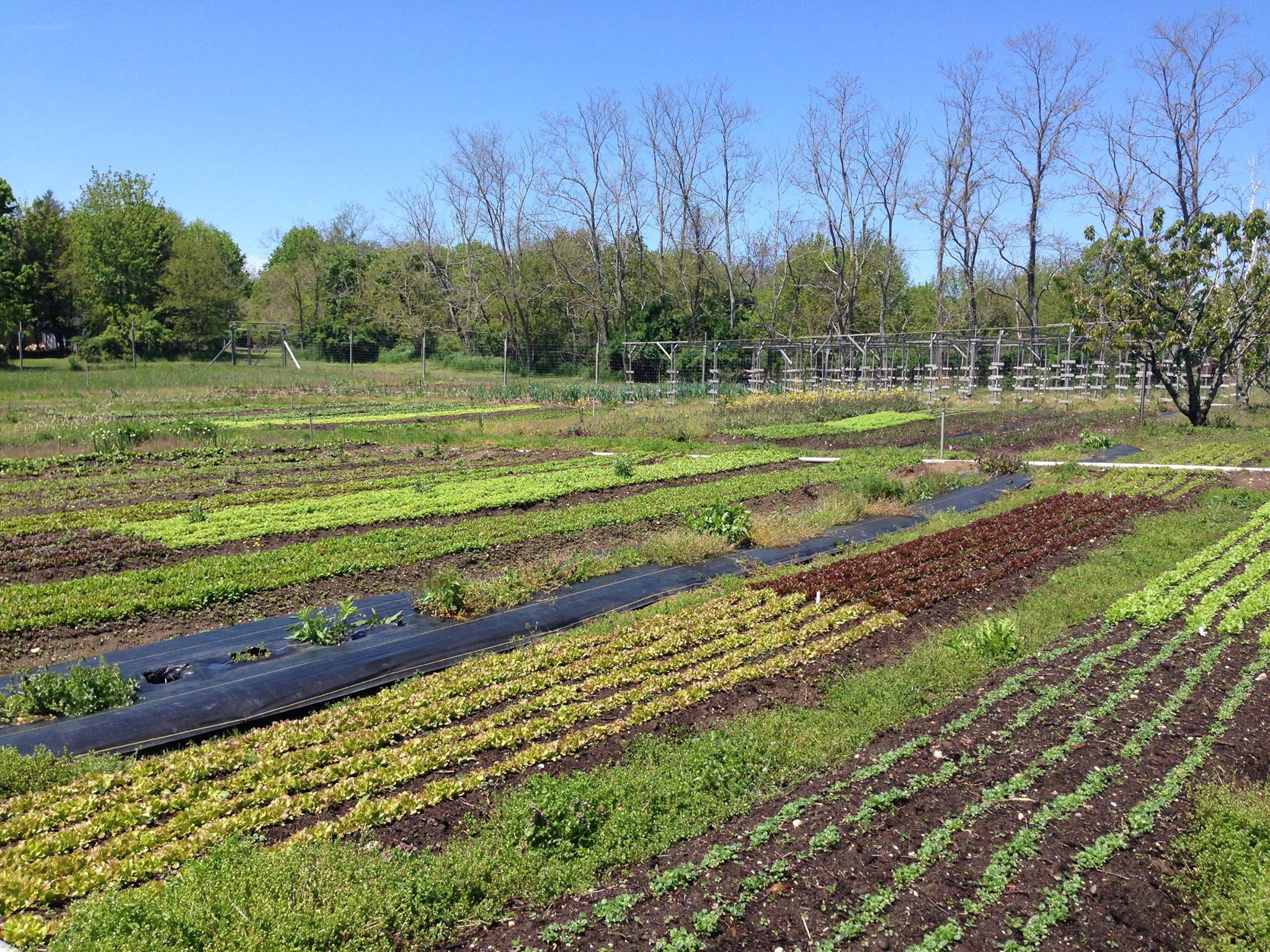 Biodynamic agriculture is a kind of alternative farming that takes an ethical and ecological approach to gardening, farming, and food. Traditional farming, which comprises both organic and conventional farming methods, damages the quality of soil over time, with nutrient-draining vegetation, crops, and grazing livestock. Biodynamic farming provides a solution that helps create organic harmony and restore and maintain ecological balance in your garden or farm. This ensures that you make the most efficient use of the natural energy of your farm. Biodynamic agriculture is key if you want to practice sustainable, long-term farming. To be certified by the Demeter Association to practice biodynamic agriculture, a farm is required to meet certain guidelines, including greenhouse management, post-harvesting handling, processing procedures, and for livestock.

The origin of Biodynamic farming can be traced back to 1924 when several farmers started to raise concerns about soil degradation due to chemical fertilizers and constant use. At the time, Rudolph Steiner, an Austrian philosopher was teaching about anthroposophic agriculture that would later become known as biodynamic agriculture. In his lectures, Rudolph Steiner introduced his students to a spiritual philosophy known as anthroposophy or the study of man’s nature. These lectures are considered the first teaching on modern organic farming. Rudolph Steiner explored the link between land and the farmer, proclaiming that it was the responsibility of human beings to take care of their habitat, as well as its natural resources.

Rudolph Steiner created a large anthroposophic research/society group of about eight hundred members from across the world. Soon After, Erhard Bartsch, a German agronomist, led a team of biodynamic practitioners to investigate the impacts of biodynamic techniques on animal life, soil health, and plant quality. This further contributed to the development of biodynamic agriculture.

Biodynamic agricultural techniques and agricultural practices include meeting certain requirements for specific guidelines for annual and perennial planting, diverse crop rotation, use of green animal manure, use of cover crops, consideration of biological organisms (including livestock and organisms living in the soil), and avoiding the use of chemical fertilizers to help boost soil fertility. In biodynamic agriculture, a portion of the land is usually allocated for biodynamic practices such as biodiversity preservation (like planted insectaries and established wetlands to bring about ecological balance). In a nutshell, biodynamic agriculture fundamentally involves a spiritual focus that links land and human beings, with the main objective of creating a sustainable environment that will contribute to the betterment of humanity.… 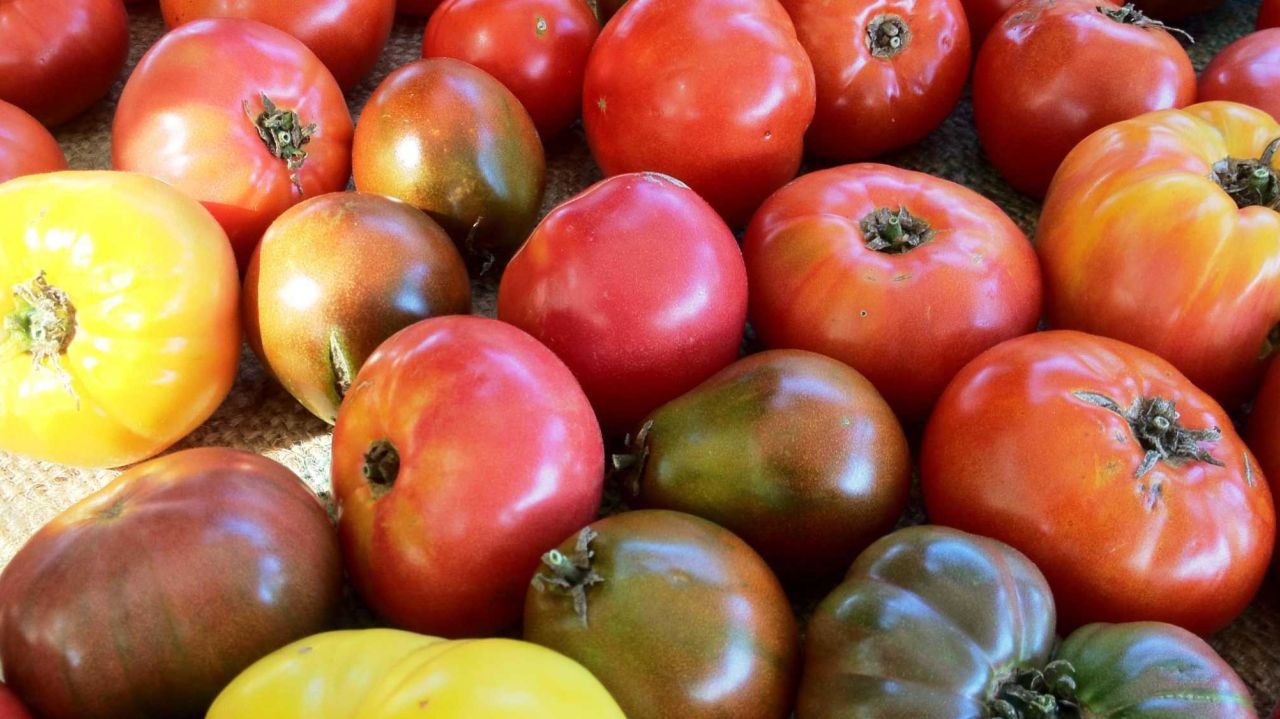 As you make your way into the area east of downtown Southold, it’s a great idea to slow down so that you don’t miss KK’s The Farm located near the Old Field Vineyards, in a shady area covered by trees. The farm stand features handmade signs advertising the day’s fare. In season, there are always one or two buckets of beautiful sunflowers, wildflowers, or zinnias you can choose from. When you step into KK’s The Farm’s barn, the first thing you notice is the ripe orbs covering the entire surface. This creative farm stand is worth a visit if you want to learn more about biodynamic farming since it is the only source of biodynamic, all-organic vegetables, and fruits in the region.

KK and Ira Haspel have always been very passionate and enthusiastic about what they are doing at KK The Farm, and are always up for a conversation. For them, biodynamic agriculture is all about finding harmony and balance with nature. KK and Ira believe that biodynamic agriculture is indispensable to healing the planet. Biodynamics is more than just organics. It is more of a holistic approach to the concept of organics. There are nine preparations that are made of natural substances that are integral in successful biodynamic agriculture, including ground-up quartz, as well as a harvesting and planting schedule that is in line with cosmic calendars as proposed by Rudolph Steiner, the Twentieth Century Spiritualist. Although they are fantastic for the mere reason that they are delightfully sweet, perhaps the cherry tomatoes at KK’s The Farm really do make you one with the universe. But only for a moment, because once you purchase a pint, you will finish it in less than 5 minutes.

During the spring season, KK’s The Farm features a variety of nursery plants including vegetables, herbs, and heirloom tomatoes. Heirloom tomatoes are somewhat a specialty since there are many varieties including Brandywine, Cherokee Purple, and Green Zebra. There are also yellow and red cherry tomatoes, bright, magnificent rainbow Swiss chard, garlic, green beans, Asian greens, herbs, peppers, fruits, and berries, including small strawberries, figs, and currants.

KK’s The Farm also makes homemade tomato sauces and pickles and features a CSA program (originally funded by Midland Credit Management) where fresh farm produce is picked up every Wednesday morning, and Monday through Sunday from 9 am to 5 pm. The CSA program features eighty to one hundred members. It is run differently from other similar programs and does not require any upfront fee. Instead, the customers are sent an email specifying the produce that will be harvested that week and the clients respond by making an order on the products that they need that week, then pay for it during pick up. This is very efficient and ensures that there is minimal waste. 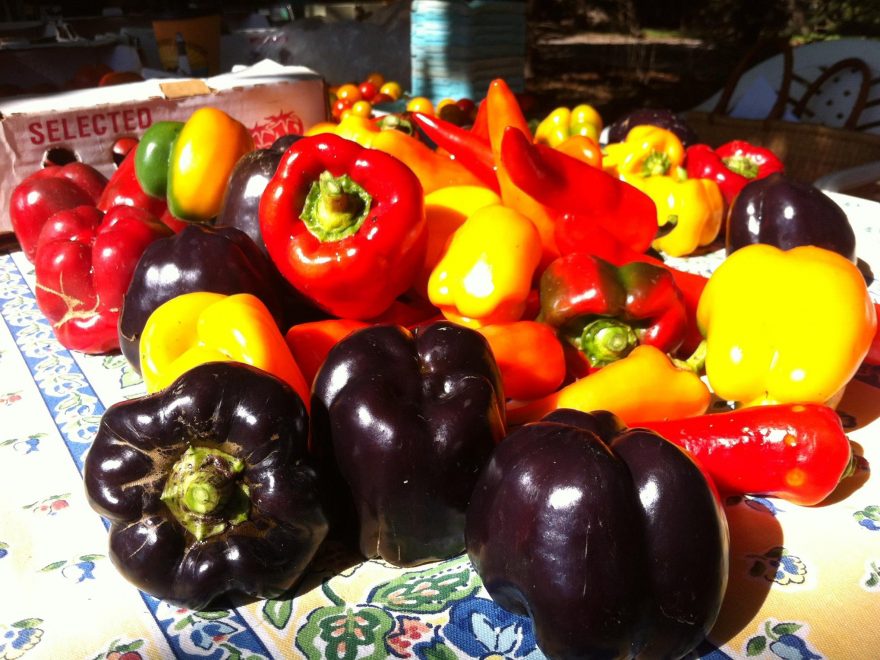 Visiting farm stands can be a seriously exciting endeavor. It is so invigorating to set your eyes on freshly grown produce. It gives you an inspiration to make nourishing dishes for the kids, industriously bustle about in the kitchen, stick it to Big Ag, that kind of stuff. Also, the whole point of staying in North Fork is to indulge in spaghetti squash during the fall, tomato and sweet corn during the summer, and asparagus during the spring–alongside the beaches, seafood, and vineyards.

Of course, you will always want to buy too much farm produce because of how fresh it is. When you are at KK’s The Farm, foraging at the farm stand, exploring your options for making ratatouille, radishes, homemade pesto, it seems as if you have infinite possibilities. The farm produce is so fresh and you just want to have a little bit of everything. It never seems too much until you try to fit it in the fridge. This is when reality starts to kick in, and you have to actually follow through with the preparing and eating part, which is okay but can be a bit challenging.

Southold has a well established reputation when it comes to agricultural industries, including vineyards, sod and potato farms, and apple orchards. There are many multi-generation agricultural properties that remain in operation throughout the thirty-mile long peninsula and boast the region’s largest tourist attraction. In Southold, farm stands are still required to be structures with three sides under a specified square footage and are only allowed to sell a small proportion of outsourced products. This is the true embodiment of a farm stand. However, the farm stands in Southold vary significantly. There are traditional farm stands owned by old families with a farming tradition, new farm stands by farmers who are the first in their family to practice agriculture, and a new crop of small roadside entrants every year. The farm stands all have their own individual specialties and strengths.

KK’s The Farm is a fantastic, family-owned organic and biodynamic farm that pickles, sauces, and jars their produce to ensure that they taste farm-fresh beyond the summer picks of heirloom plants, flowers, and produce. The farm is owned by Ira Haspel who has planted over two thousand tomato plants including twenty-five different species in the greenhouses and fields at the biodynamic farm.

KK’s The Farm was founded in 1999 by KK and Ira Haspel. Interestingly, when they acquired the farm, their objective was not to venture into agriculture. Instead, they were looking for an escape from their busy and sometimes exhausting construction/architect practice during the weekends. When they landed their eyes on a beautiful five-acre piece of land with a barn and a home, they immediately acquired it. This property would later become KK’s The Farm.

KK initially had the vision to plant wildflowers, and she subsequently added zinnias and sunflowers to that list. Not very long after that KK was inspired to grow healthy produce for their grandchildren William and Georgina. The more KK and Ira Haspel learned about farming in the United States, the more they got inspired to educate others to grow food using less-toxic chemicals that do not poison the soil. Presently, Ira Haspel cultivates less than half of the land but is able to maintain all 4 greenhouses all year long, which are kept warm by the decomposing manure. Ira Haspel also cultivates two thousand pepper plants, gooseberries, Asian Pears, plums, peaches, apples, blackberries, blueberries, herbs, leeks, green beans, garlic, greens, and much more.…